It has been said that this leadership style is mainly used by managers as it is concentrated on what the leaders are thinking rather than on followers. In addition to that, controlling, supervising, organizing, group performance and short-term planning are also characteristics this leadership style is focusing on. Leaders who implement this type of leadership style concentrate on certain tasks and they use rewards and “punishments” in order to motivate their followers. They do not make an effort to enhance their followers’ creativity and generation of new ideas. This type of leadership can work best while organizational issues are simple and clearly defined and costs need to be cut, but productivity improved. 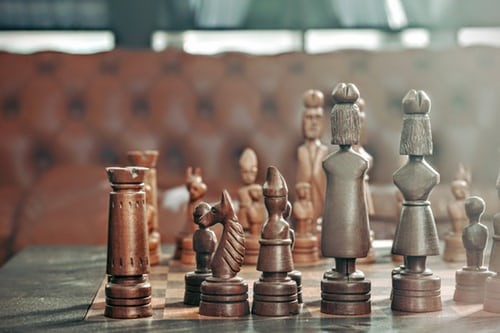 One of the main advantages of this leadership style is that it creates clearly defined roles.

In sub-unit 4 we have already talked about transformational leadership style, which is about a leader who can show the direction to his/her team by his/her behavior, transactional leaders are motivating their teams through financial rewards.

Below, you can find some differences which characterize both leaderships styles:

A perfect example of where transactional leadership is used, is athletic teams. Players are expected to follow the teams’ rules and expectations and they are rewarded or punished according to their performance. Winning a game might mean bonuses while losing might lead to rejection and verbal criticism. Players can become highly motivated by financial means to perform well, even if this is extremely difficult.

Watch the following video and reflect on pros and cons of transactional leadership.

Decide, why if ever would you or why you wouldn’t use this type of leadership.

The transactional leadership style views the leader-follower relationship as a transaction. By accepting a position as a member of the group, the individual has agreed to obey the leader. In most situations, this involves the employer-employee relationship, and the transaction focuses on the follower completing required tasks in exchange for monetary compensation.

People know what they are required to do and what they will be receiving in exchange for completing these tasks. It also allows leaders to offer a great deal of supervision and direction if it’s needed. Group members may also be motivated to perform well to receive rewards. One of the biggest downsides is that the transactional style tends to stifle creativity and out-of-the-box thinking.