As we have seen within the previous sub-unit, leadership development can be actually considered as a self-development action. Therefore, it can be also said, that there are as many approaches to leadership as there are leaders, from Lewin’s Leadership Styles framework of the 1930s to the more recent ideas about transformational leadership. There are also many general styles, including servant and transactional leadership. Within the following sub-units we are going to tackle these separately, in order to give you as much information as possible, so you can choose the most appropriate and effective style for yourself. Leadership is actually about how you come across, how will people in your team perceive you. This can be set by using the most suitable leadership style for yourself and the goal you are working towards with your team. 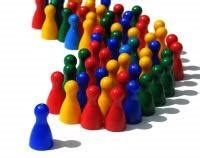 Kurt Lewin began his leadership decision experiments in 1939 and focused on identifying three leadership styles, related to decision-making, which are: 1. Autocratic, 2. Democratic and 3. Laissez-Faire.

First watch the video from the Communication coach Alex Lyon in order to hear briefly about the 3 Leadership styles Lewin has identified. https://www.youtube.com/watch?v=1AZMiq6Mg-k

According to Lewin, the autocratic leaders take decisions without consulting their teams. They show an autocratic attitude, meaning that no consultation is made within the teams. In Lewin’s experiment the most level of discontent has been caused because of this lack of discussion.

While the democratic style is applied, opposite to what has been described for the autocratic style, leaders do involve their teams and have fair consultations with them before taking any decisions related to the teams. The democratic leadership style might be appreciated by team members, especially if they were used to autocratic decisions which they disagreed with. There could be one problem with this leadership style and that is when too many opinions are presented without having a clear way of reaching a reasonable final decision.