What makes someone who they are?
Each person has an idea of his/her own personality type — if they are bubbly or reserved, sensitive or thick-skinned. Psychologists who try to tease out the science of who we are define personality as individual differences in the way people tend to think, feel and behave.

There are many ways to measure personality, but psychologists have mostly given up on trying to divide humanity neatly into types. Instead, they focus on personality traits.
The most widely accepted of these traits are the Big Five: 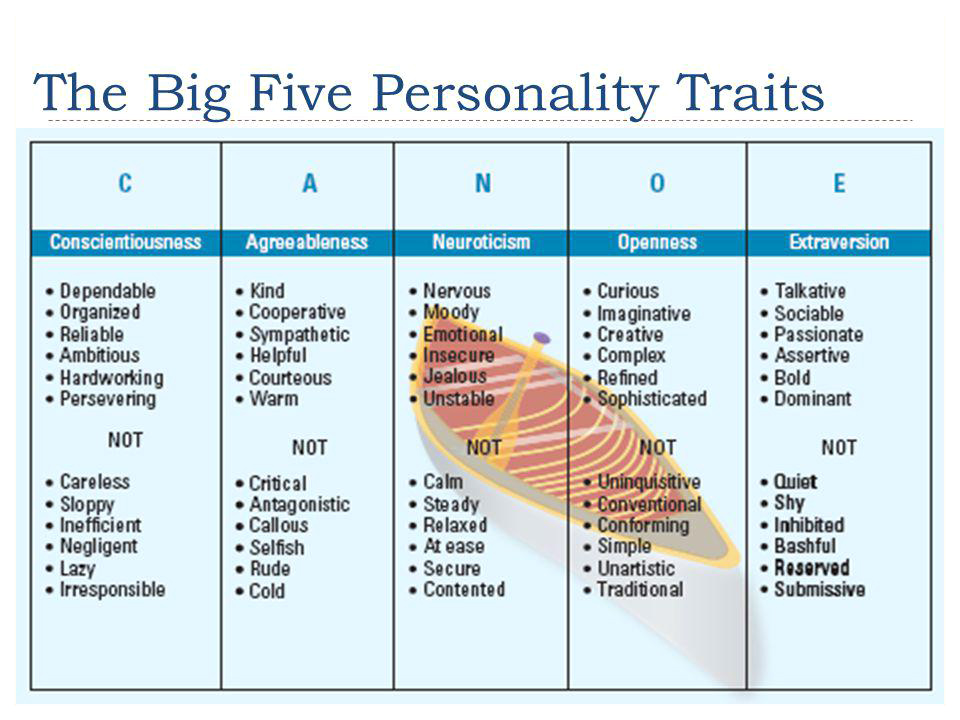 Conveniently, you can remember these traits with the handy OCEAN mnemonic (or, if you prefer, CANOE works, too). The Big Five were developed in the 1970s by two research teams. These teams were led by Paul Costa and Robert R. McCrae of the National Institutes of Health and Warren Norman and Lewis Goldberg of the University of Michigan at Ann Arbor and the University of Oregon, according to Scientific American. The Big Five are the ingredients that make up each individual’s personality. A person might have a dash of openness, a lot of conscientiousness, an average amount of extraversion, plenty of agreeableness and almost no neuroticism at all. Or someone could be disagreeable, neurotic, introverted, conscientious and hardly open at all.